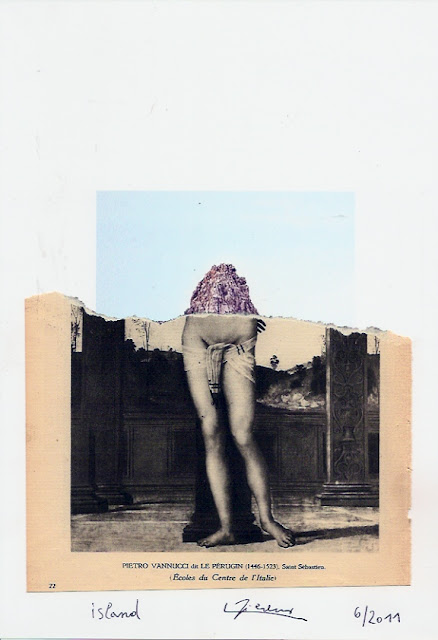 Artist Statement
Originally I was a poet who wrote experimental verses influenced by the Belgian avant-garde - in particular Van Ostayen and I turned to visual poetry very quickly. Nowadays, since the late 90's, I have focused on my re-poesia visiva. This movement of Italian visual poetry was/is known to be sharp, political and anti-pop because of its semiological guerilla (E.Miccini).  I don't think this view is old-fashioned or passé or déjà vu but CONTEMPORARY. Because most political events now have a striking resemblance with the 60's. Protest, social changes , crisis (also 80's), powerful mass media, only the names of the multinationals changed but the rich are richer and the poor are poorer in reality. So a poet must try to change the world - or at least his own piece of it. This utopian view is part of my way of seeing/making art as a collagist provocateur. Visual poetry goes beyond collage. Collage has been recuperated through/like  "rubberstamping,mailed art and scrapbooking" So re-poesia visiva is a tool/way of art/life to attack reality. In my visual poems I use the written word. The word questions the images and makes layers visible: of signs to be read or seen.
web: http://www.vansebroeck.be
Posted by Cecil Touchon at Sunday, August 05, 2012