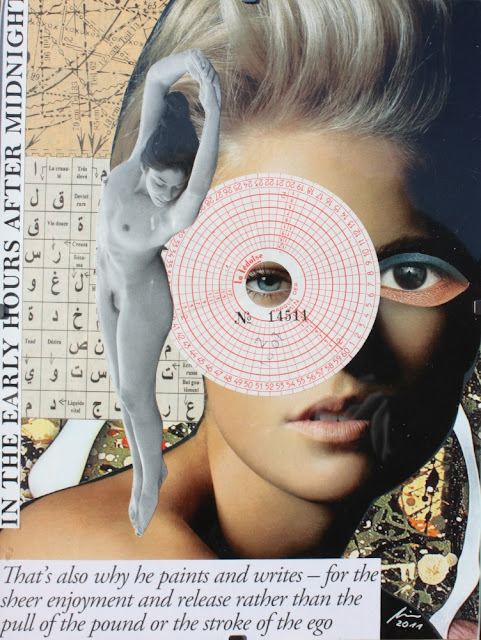 Title: Artist Statement
Dimension: 18x24 cm
Year: 2011
http://www.bernd-reichert.net/
On Collage:
I see collages as a juxtaposition of elements, images and objects which are incoherent to each other, thereby exercising a decontextualising form of violence on language and image alike.
The truth is in the deconstruction (Magritte).
They exercise the deconstruction of visual and perceptional language codes as a form of representation combining images and writing and, by consequence, the empowerment of the object as supply of sensitivity.
The collages contain a kind of strangeness, a disturbing element disquieting the spectator/ reader who is confronted to a series of elements taken from one's everyday life which, being put one next to each other, provoke, suddenly, an incoherent situation, a source of obscurity and vagueness.
Posted by Cecil Touchon at Thursday, July 19, 2012