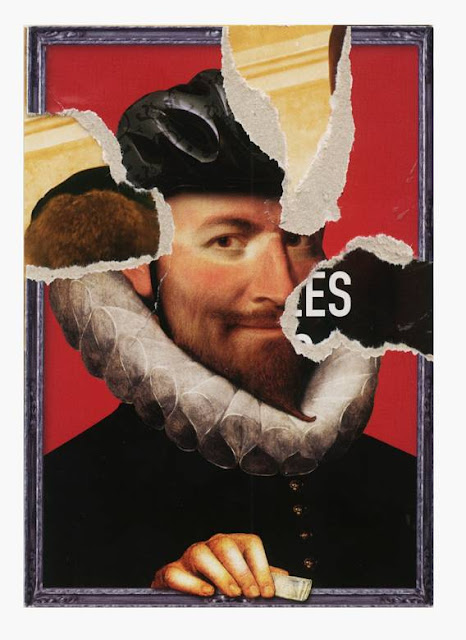 Excavations are collages made using a method developed in 1985 by Richard Misiano-Genovese, in which pictures or images are glued together in layers, and then a layer or layers are ripped in places, revealing the underlying image.

At first glance, a collage of disparate images torn, randomly, and brought together on the same spatial plane. This achievement of recreating a newer image by this method, is brought about by applying two or more separate images, one layered upon the other attached in loose fashion, then the act of tearing away bits of the upper image, here and there, to reveal the image just below its surface. In this way the images are brought together in a rather jarring and forceful manner, with often revealing results of a new hybrid image. This visual poetry is brought about by the randomness of the process.
1985