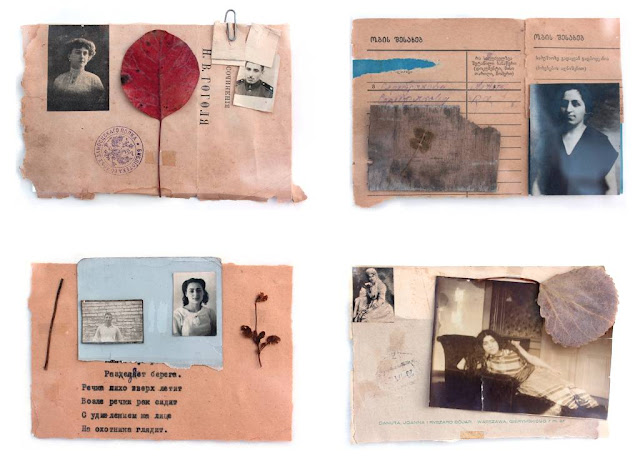 four collages in a single frame from "Poetic Noise" 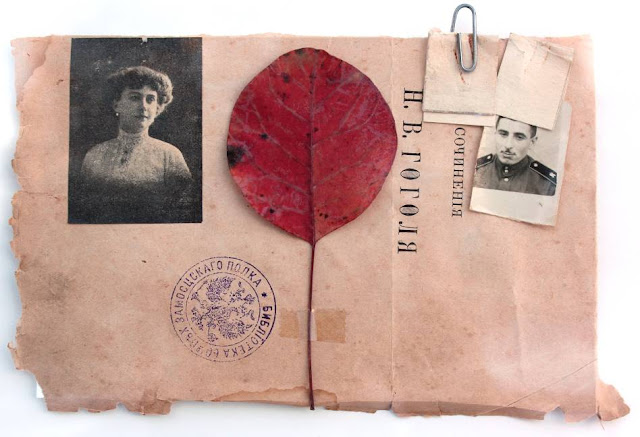 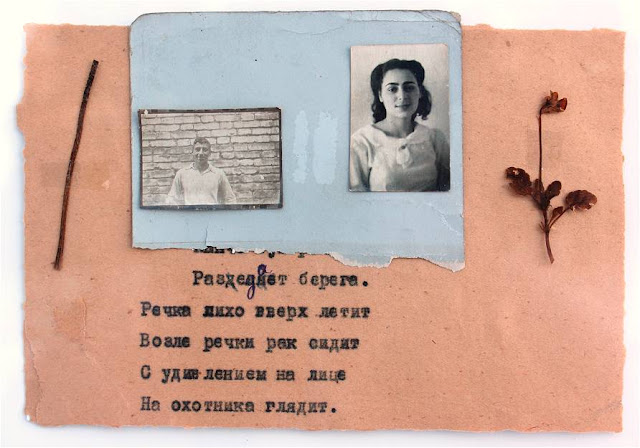 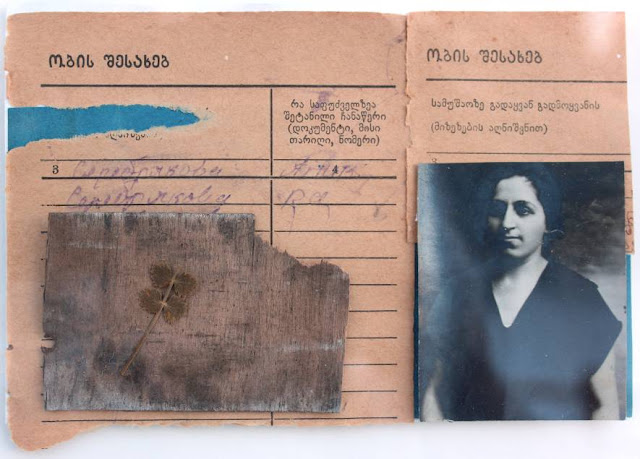 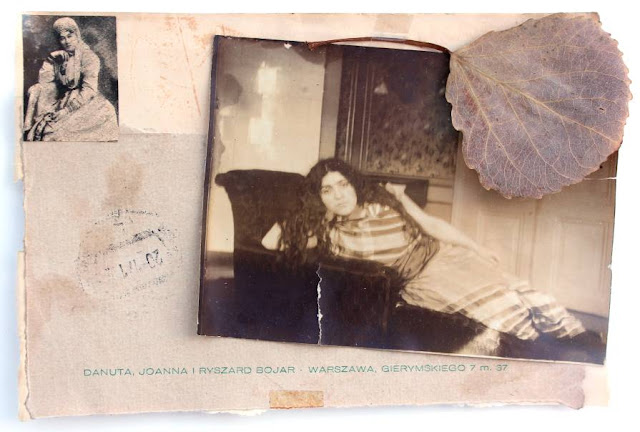 Born in 1969 in Ronse, Belgium
Lives and works in Antwerp, Belgium
www.katriendeblauwer.com

Where must we hide when it comes from inside - J. Taylor

For as long as I can recall, I collect objects that draw my attention and
touch me deeply in an ultimate personal way. At first they appeared
as a random collection of endearing objects, drawings and little
paintings that later became a kind of visual diary to me. After a while,
I also began to tell corresponding stories bringing these objects even
more gently together. Thus doodling, I found - often unwillingly - new
meanings and associations within the emerging combinations of
objects, colors and words.
Later on I also began to realize, that certain painful experiences
somehow colored my life, thus emerged and appeared, unconsciously.
Perhaps that is also why each time I put something in my diary,
a thought, a fantasy, fragments of a dream, about a country, in a
sustained but gentle effort to taste, understand, and perhaps even
love that country with its specific culture, I feel as having emerged as
one with more gathered insight and new sense of meanings in the
shortfalls of that particular culture and so as I believe my own alleged
and assumed shortfalls.
Posted by Cecil Touchon at Thursday, January 26, 2012