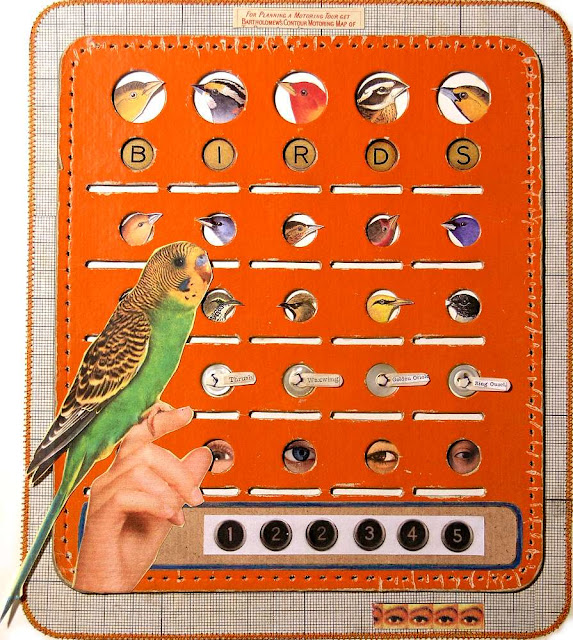 
Artist's Statement
I grew up in a lovely English village called Cookham Dean, known for its famous and eccentric resident, wartime artist Stanley Spencer whose stylized scenes in the 1940s of Cookham village life and residents have hung in the nations leading museums. He described Cookham as a “village in Heaven”.
My parents, both artists, were also great collectors and childhood holidays were often spent searching for bits and pieces, usually on a chilly beach somewhere.
From a very early age I have collected things and arranged them. Now, more recently, I understand this as a need to give order to things, partly to make order out of chaos but also to show things to their full potential and to highlight subtle connections and differences. Hence, much of the work has a sense of formality and a strong structure even when it is playful.
This constant search for “stuff” which appeals (often for the most obscure reasons), is as much a part of the work process as are the thoughts instigated by the things I collect and then the physical construction of a work of art at the end.
I hope to highlight things which are often inherently humble, maybe discarded, rusted, distorted or faded but have had a past life and use somewhere else. I don’t analyze too deeply what the initial attraction is to this strange mix of collected objects. Things mean something for all sorts of reasons. They may simply be beautiful, quirky, sentimental or have strong associations.
I love the element of mystery surrounding old objects – the questions as to their meaning, their origin and age – in other words, their “secret lives”.
Groups of items and collections seem to be a way of reinforcing something by means of repetition. Having lectured in Textiles for many years, I understand how the repetition of an image alters one’s perception of it and allow one to see it in a fresh way.
I am attracted to the small scale because it gives a sense of intimacy – drawing you in close. I like the idea of something that can be held in the hand and examined rather than demand that you stand back and remove yourself in order to absorb an idea.
For similar reasons, in the last few years, my work has become more interactive. Things open up, light up, hide secrets then reveal themselves requiring participation and an element of surprise and hopefully instilling the same sense of fun and discovery that these objects hold for me.
Posted by Cecil Touchon at Friday, February 03, 2012